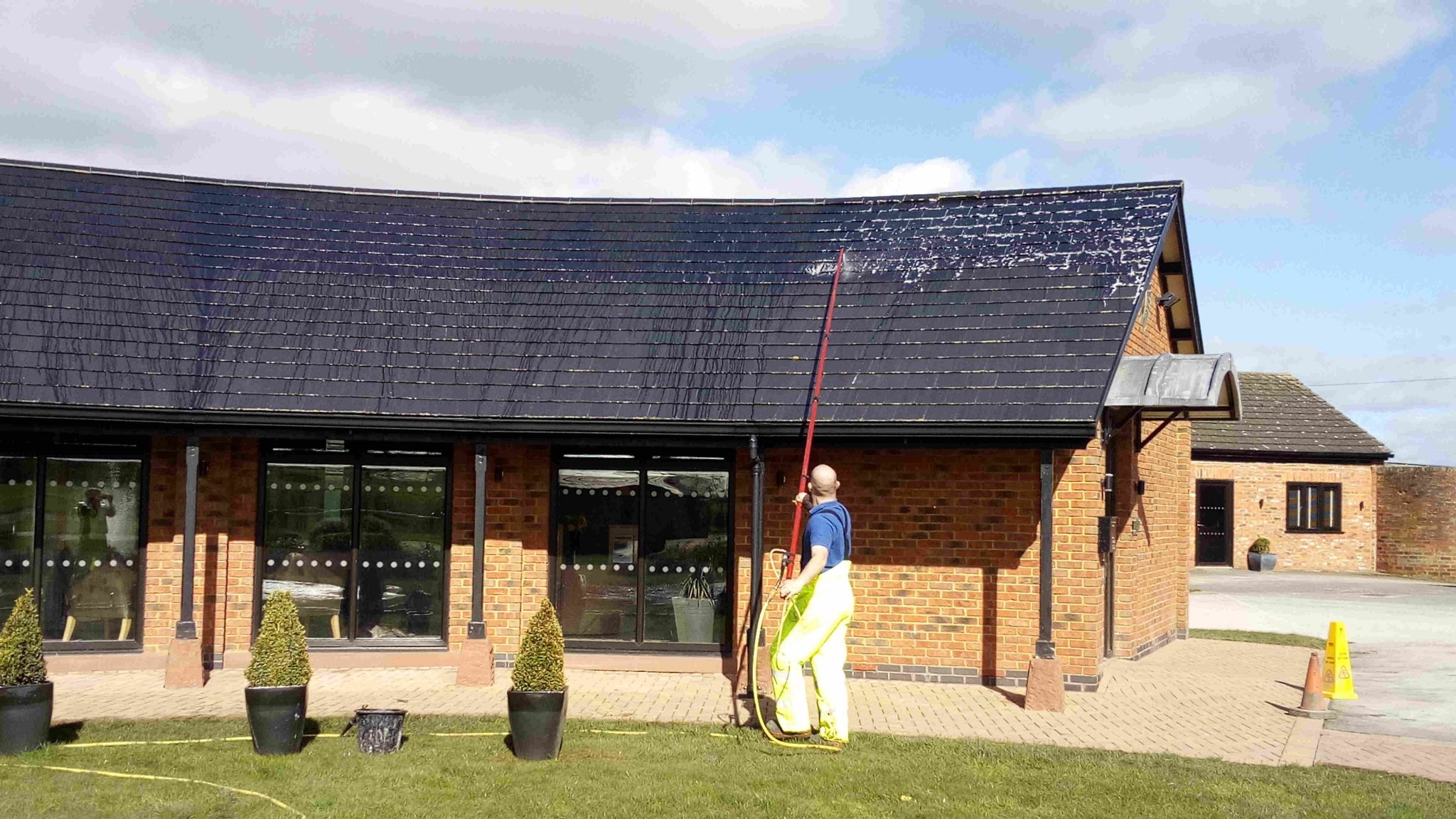 Maintaining Period Properties: How To Treat moss on roofs

Introduction   Shopping for a property stirs up mixed feelings of excitement and anxiety. Ageing property is not usually in the list of priority but it is one of the several options in the market depending on the set budget. According to the Office-of-National Statistic, the level of house building in the UK has declined since 1980 with just 152, 440 houses only built in the financial year ending 2015.    Increase in population has not translated to increase in property construction. This means that there is more demand than supply of property. Therefore, more people will have to settle for old or ageing property.

Moss On Roof   When looking at an ageing building, only a few people critically look at the state of the roof. They are usually captivated by the clean windows, tidy garden and the spotless interior. Irrespective of this good selling point about a property, the roof can be the breeding spot for mosses.    Moss is a plant species without flowers that grow in moist environment. Moss on roofs is common in ageing houses and they can cause further deteriorating effects on a house.

Effects Of Moss On Roofs     The effects of the growth of grime and moss on roof of a house go beyond the aesthetic downgrade of the building. Failure to take steps to remove them is an expensive option. The risk to which moss on roof exposes a property varies depending on the nature of the roofing material. Thatch and wood shingles are at a more immediate risk of decay. Metals lose their corrosion protection under the acidic releases of lichen and moss. Lead and zinc used in soakers and rainwater disposal will thin down to eventually leak. Clay tiles need to dry between rainfalls to fulfill the promise of durability – if not, premature shaling or frost damage may occur. On all materials, the permanent presence of a bio-film is dangerous because the capillary creep in the laps and interstices is increased which leads to undetectable entry of moisture into a property.     Generally, materials that normally retain moisture such as concrete tiles, are prone to contamination by moss. The probability of such contamination is higher during winter and they become a good host for moulds such as A. Niger, algae and lichen. As the bio film for moss growth becomes established, the moistures are more permanent, and the cycle accelerates. Architects do not seem to consider this in their choice of roof material. This was of no consequence in the days of acidic rain, but cleaner air results in nature reclaiming its place in unforeseen ways.

How To Remove Moss On Roofs  Excessive moss on roof has to be removed by hand. Mechanical means used on the ground cannot be used for the roof, as pressure from washers reduce the life of the roof. Also, water spray from mechanical processes could cause water retention in the roof, making the roof a viable spot for more moss growth.     After clearing the roof from the bulky moss growth by hand, the next and final step is to spray the area with a dedicated anti-algal wash. The right product will kill the remaining biological life of moulds at the surface and importantly in laps and interstices. The dead bio-film will then loosen under diurnal cycles, helped by the wind, rain, heat and frost. Self cleansing is a lengthy affair – months in most cases- with latent effects stretching over a period of two or three years. And with the change of seasons, the roof will become cleaner, revealing its original colour and texture.

Prevention of Moss on roofs.. Growth  There is no known preventative measure for moss on the roof growth. Clear hydrophobic resins degrade under UV in a matter of months. The same causes – substrate porosity and sun exposure – will have the same effects, at the same rate.    This, however, is slow and a roof treatment is to be regarded as decennial maintenance. Further maintenance will not be as heavy as the first clean if carried out as or before the surface contamination triggers the condition for accelerated growth.     In Europe, antiseptic roof shampoo has been standard practice for decades. Roofing firms offer it as a standard way of finishing remedial work. The process has been adapted to suit the more demanding climate of the British Isles.

Where To Look  A company gaining fast popularity in roof treatment process is Cleaning Service LTD    This is a small business that specialises in roof treatment with its specially formulated biocidal wash, AlgoClear® and AlgoClear® Pro Softwash, These products vary in active ingredient concentration level suitable for use by both professionals and non-professionals. They are specially formulated to kill moss on roofs and its other symbiotic partners without leaving any smear or damage on the surface. AlgoClear® Pro Softwash is guaranteed to give you a lasting and deep removal of moss on the roof.

So as a property shopper, you need not settle for a property with moss on the roof. A property owner with ageing property now has viable products to remove moss on roofs. Challenge Landlords to invest in improving the outlook and value of their ageing property by using Cleaning services  Pro Softwash Systems on their roof.

When to Use Soft Washing Instead of Pressure Washing