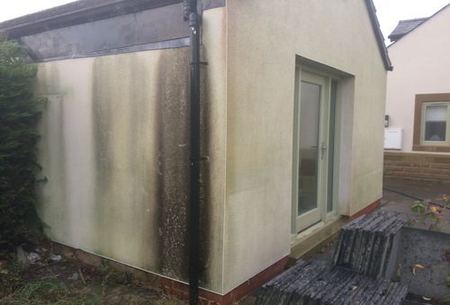 Tips on how to remove mould from render 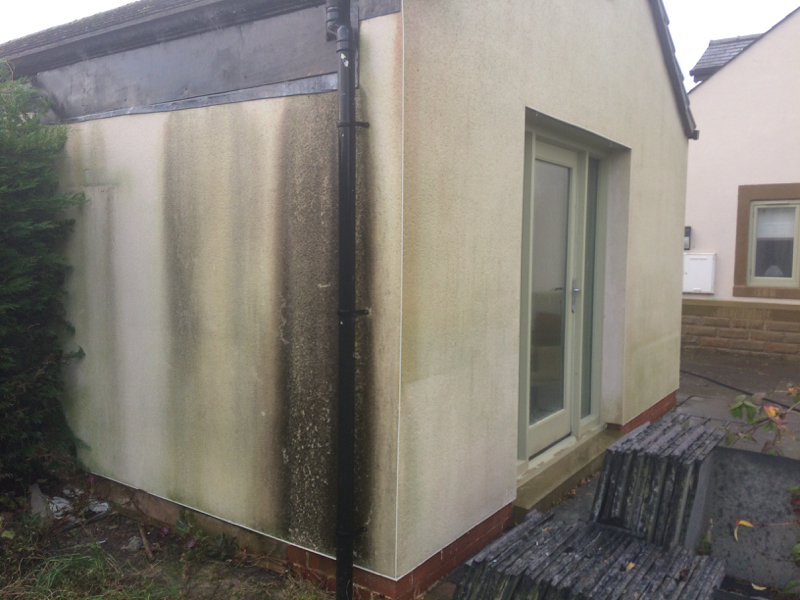 Softwashing of Render is a unique and effective way to clean and protect surfaces such as walls, roofs, and other architectural features. It has grown in popularity over the years due to its ability to gently remove dirt, grime, moss, and algae without damaging the surface or having any long-term adverse effects. In this article, we will explore what soft washing of Render is, how it works, and why it’s becoming an increasingly popular option for maintaining the appearance of buildings.

Mould can be unsightly, and at times dangerous, problem in our homes. Soft washing is one tried and tested way to remove mould from Render safely. Softwashing is a modern cleaning technique used to eliminate built-up dirt, grime, and other contaminants, such as mould spores, from the surface of walls without causing damage or discolouration. It is a chemical solution with minimal water output. It is suitable for any Render regardless of colour or texture.

Softwashing works by spraying a mild blend of specialised detergents onto the affected area, penetrating the substrate layers, and loosening embedded particles from the surface. As it dissolves dirt, its deep cleansing action also kills bacteria whilst leaving behind a protective coating to prevent further growth in the future.

DDAC is an acronym for the chemical compound diphenylamine chloride. It is a biocide that is used to remove mould from Render. DDAC has been used since the early 1900s and is one of the oldest and most effective ways to eliminate mould.

DDAC works by disrupting the cell membranes of mould. The product can be sprayed directly onto mould-affected external surfaces to break down the spores, which then wash away with rainwater. There are three main steps involved in using this type of mould protection.

It is important to remember that DDAC is a biocide and can be harmful if it contacts the eyes or skin or is ingested. Always wear essential PPE gloves, goggles, and a mask when using DDAC and keep it away from children and pets.

Once the surface area has been calculated, mixing the DDAC with water in a spray vessel is essential. The mixture should be sprayed over the surface, treated, and then allowed to dry. If rain is forecast, it is vital to allow plenty of time for the solution to dry before the rain falls.

When using DDAC, it is essential to protect plants and the surrounding area:
– Remove any plants or objects from the treated area.
– Cover any plants or things you want to protect in the surrounding area with plastic sheeting.
– Spray the DDAC mixture over the surface that must be treated.
– Make sure to use a garden sprayer or paint roller to apply the DDAC mixture for best results.

It is important to remember that DDAC is a biocide and can be harmful if it comes into contact with skin, eyes, or consumed. Always wear gloves, goggles, and a mask when using DDAC and keep it away from children and pets.
Always read the manufactures guide for mixing chemicals.
For more information on DDAC, please call us or use this link . We offer free, no-obligation advice on how to remove mould from Render.

Why You Should Hire a Professional Playground Cleaning Company?